CBG or cannabigerol. It is usually found in a concentration of about 1% or less in most cannabis strains. Interest in CBG among health-conscious consumers and the medical community is starting to grow.

CBG or cannabigerol is a phytocannabinoid. CBG, unlike THC, like CBD, has no psychoactive effect.

CBG is actually one of the first cannabinoids to form in cannabis as it grows and matures.

CBG is sometimes referred to as the "stem cell" of all cannabis. It is found in higher concentrations during the development of cannabis plants, usually in an acidic form known as CBGA.

Enzymes break down CBGA into THCA, CBDA or CBCA.

Research on CBG provides promising results in numerous therapies. However, since CBG occurs as a transition product with a relatively low concentration in the plant, the therapeutic use of CBG oil may be limited by the small amounts of the compound obtained in the extraction of hemp. Fortunately, recently, thanks to refining culture, it was possible to obtain hemp chemotypes in which the appropriate enzymes were eliminated, thanks to which they express 100% phytocannabinoid content as CBG.

Recently, CBG has proven to be an effective cytotoxic agent acting on epithelial cancer in humans and the second most effective phytocannabinoid in the fight against breast cancer after CBD. In addition to its well-known strong antibacterial and antimicrobial properties (including those acting on Staphylococcus aureus), CBG also has moderate antifungal effects. Numerous studies suggest a possible synergistic effect of CBG with terpenoids. Terpenoids act quite strongly. They have a unique healing effect, which can significantly contribute to the so-called synergy effect of medicinal extracts based on hemp. For example, limonene has shown interaction with CBG and CBD, promoting the process of apoptasis in breast cancer cells, and myrcene, a terpenoid present in hops, interacts with CBG and CBD to block carcinogenesis in liver cancer caused by aflatoxins. In turn, linalool, a terpenoid found in lavender, appears to interact with CBD and CBG to treat anxiety. CBC and CBG also showed synergistic effects in the company of another terpenoid, caryophyllene oxide of the natural compound present in lemon balm, acting antifungal at a level comparable to available popular drugs. ALSO, CBGa has synergistic properties with terpenoids found in lemon balm acting as an insect repellent, making it a promising alternative in protecting crops and vegetables from insects and parasites.

Endoca , after nine years of hard work and breeding programs, created CBG oil and pure 99% CBG isolate. However, more research is needed to confirm and increase the number of therapeutic uses of CBG oil. 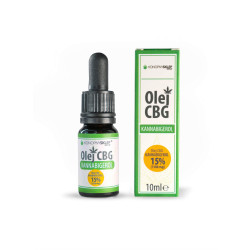 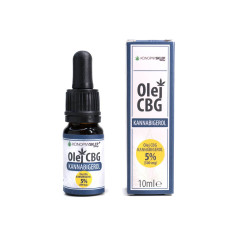 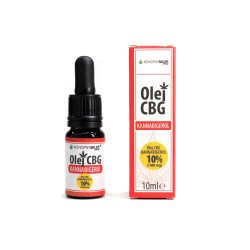